This page provides instructions on the use of the Beam Calculator.

Validation: This tool has been validated against the known solutions to numerous example problems. Documentation of the validation can be found here.

Several categories of input are required, each of which corresponds to a tab on the Inputs page:

An example of a beam model with fully defined structure, forces, and constraints is shown below: 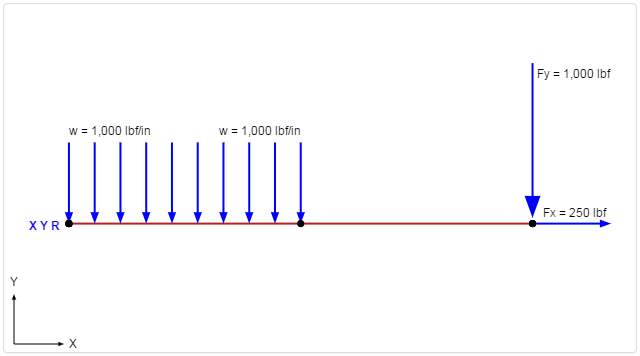 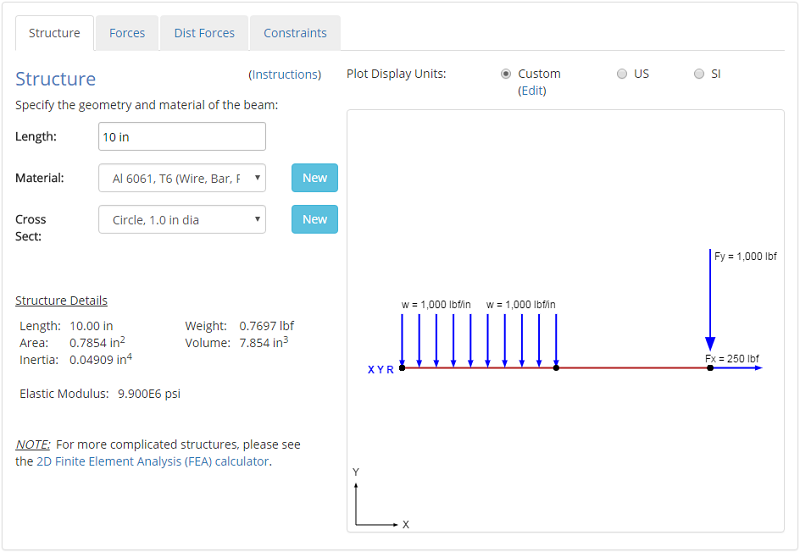 The Forces tab allows you to apply concentrated (point) forces and moments to the beam. A force is specified by a location as well as values for applied FX (axial force), FY (transverse force), and M (moment). The location is specified with respect to the left side of the beam. 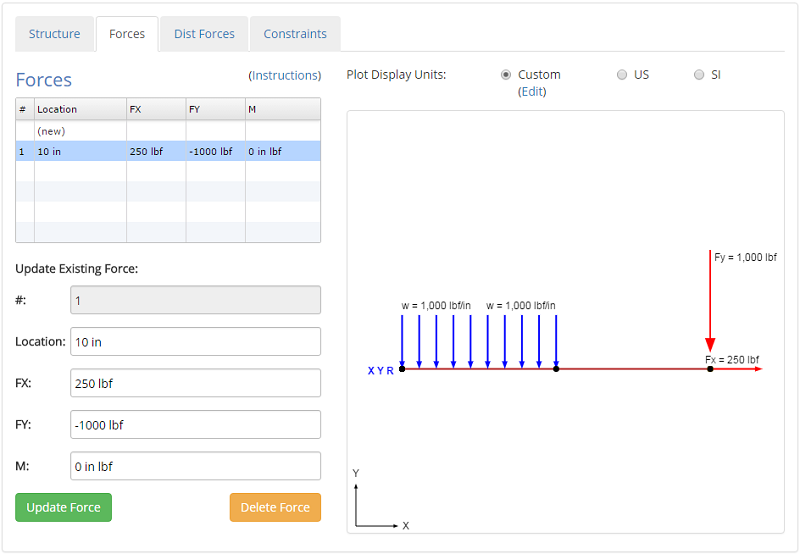 In the example below, an uniform distributed force of 1000 lbf/in is specified starting at the left side of the beam and ending 5 inches along the length of the beam (highlighted in red). 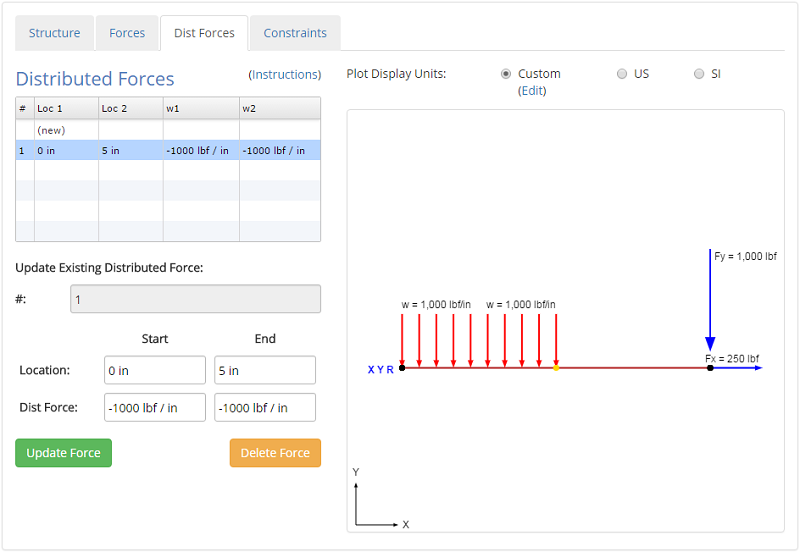 Common boundary conditions can be applied by specifying different combinations of constraints, as seen in the table below. The text that would be displayed on the model plot for each of these constraints is also provided in the table for reference. 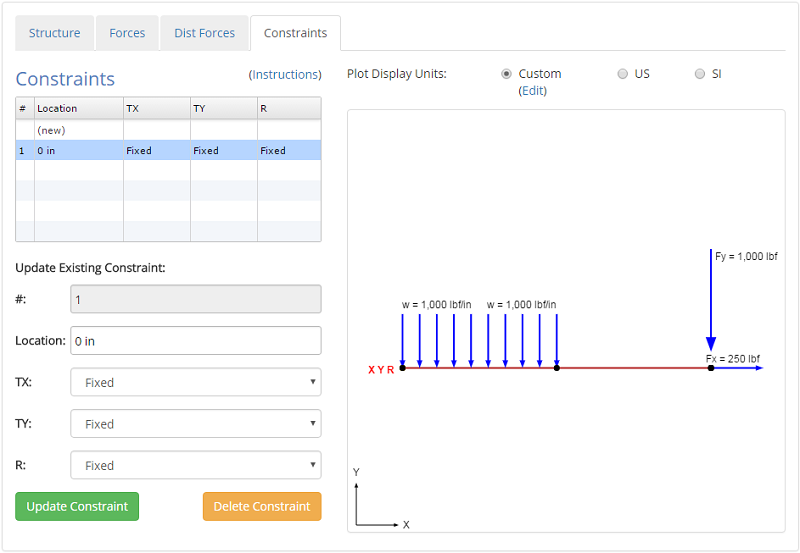 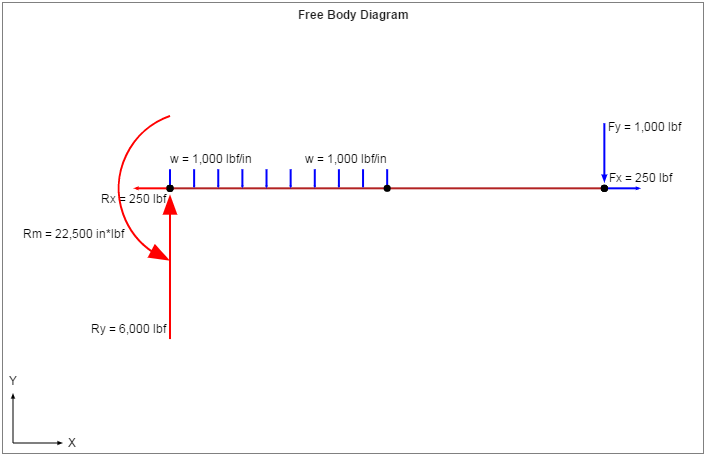 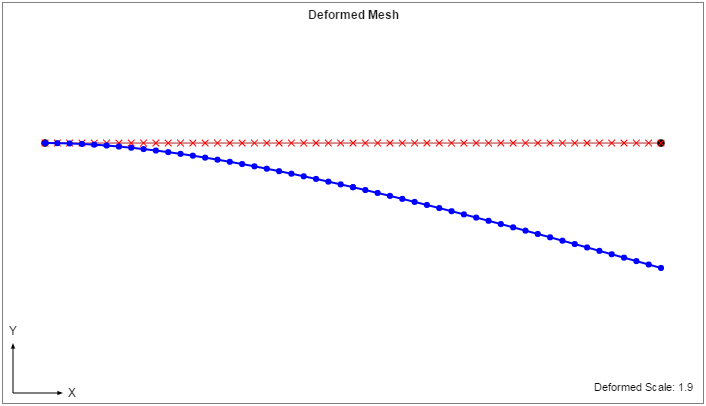 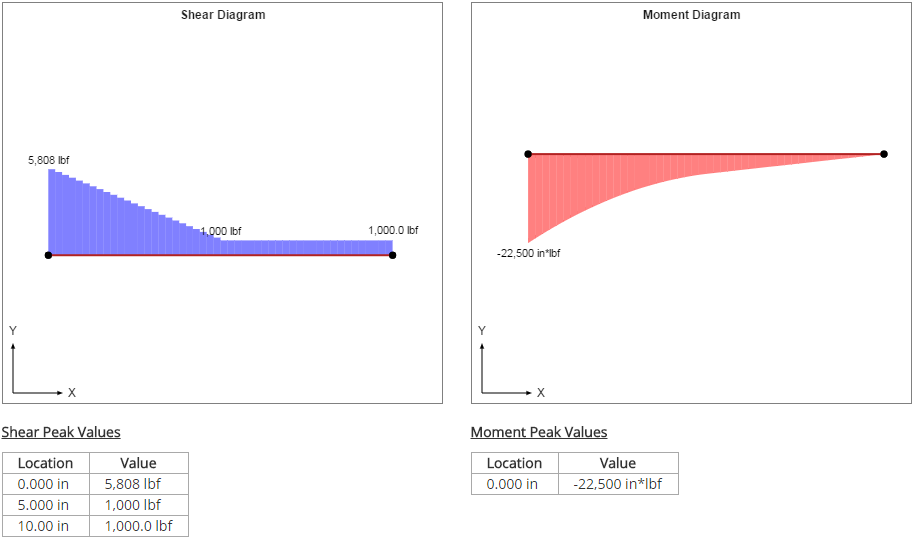 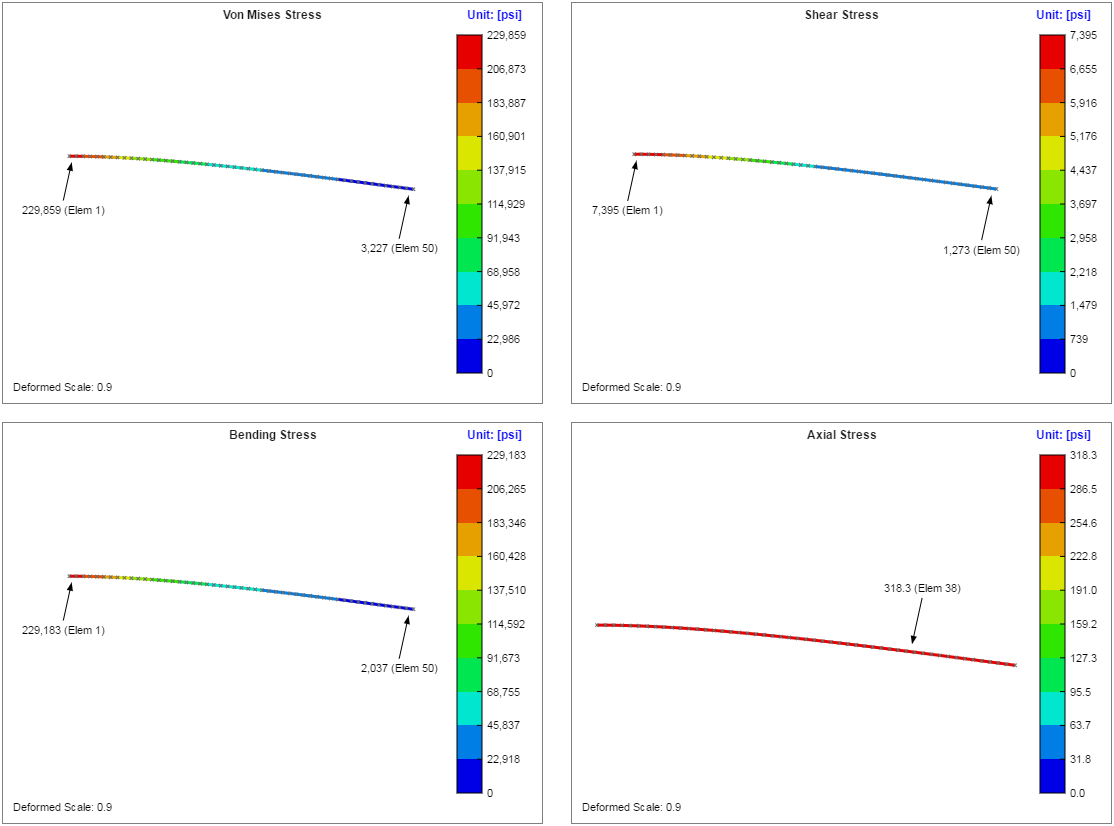 The stresses are calculated based on the equations in the following table:

The deflection plots for the current example are shown below. The sign convention for deflections is: 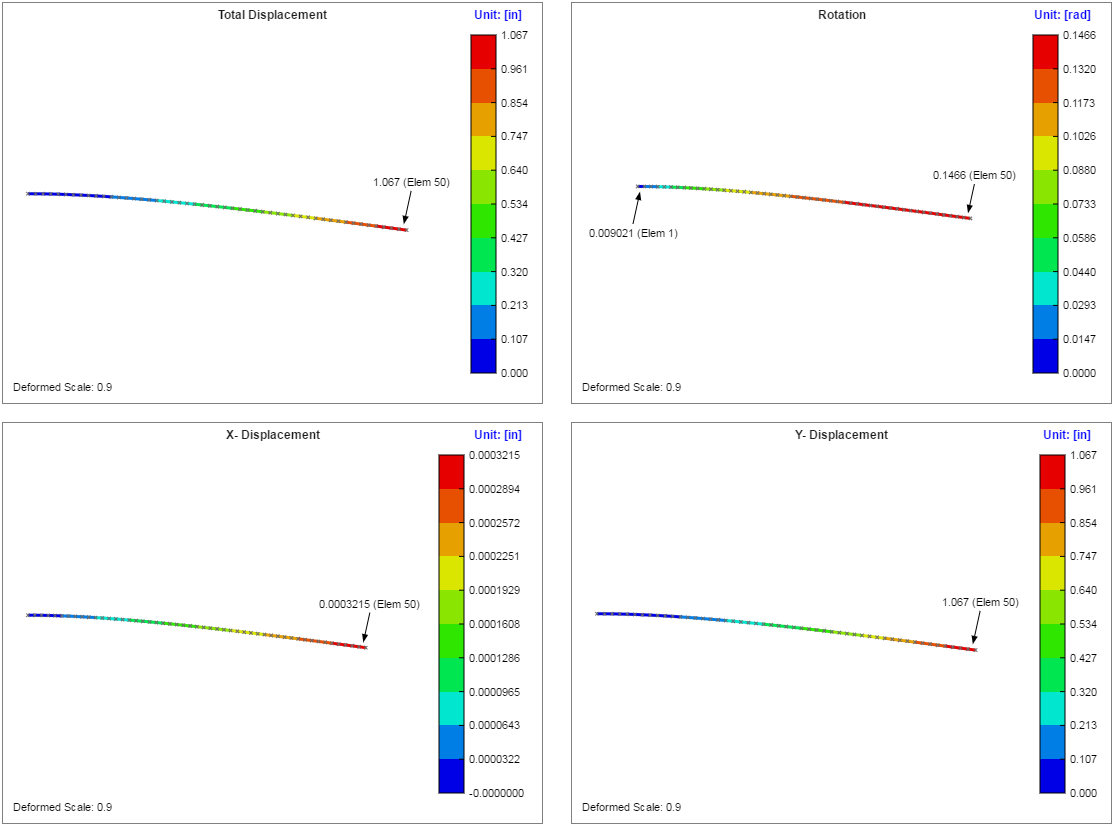 The beam analysis is solved as a finite element model. The plot below shows the mesh with the element numbers labeled: 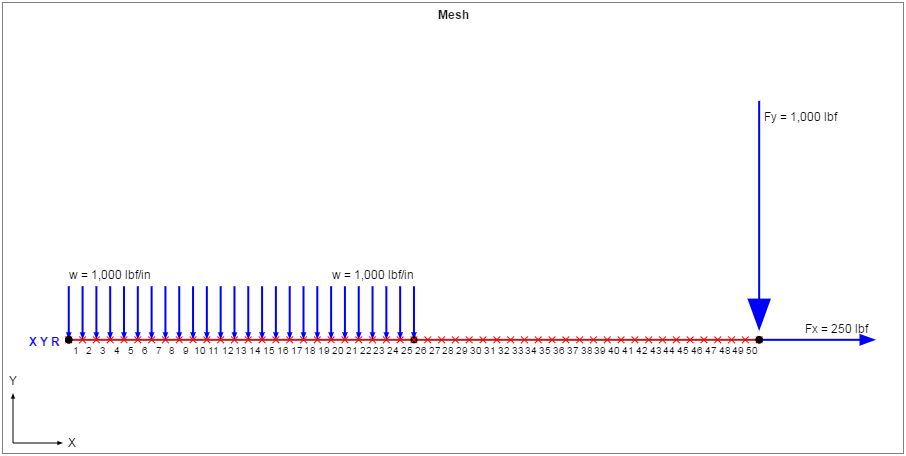 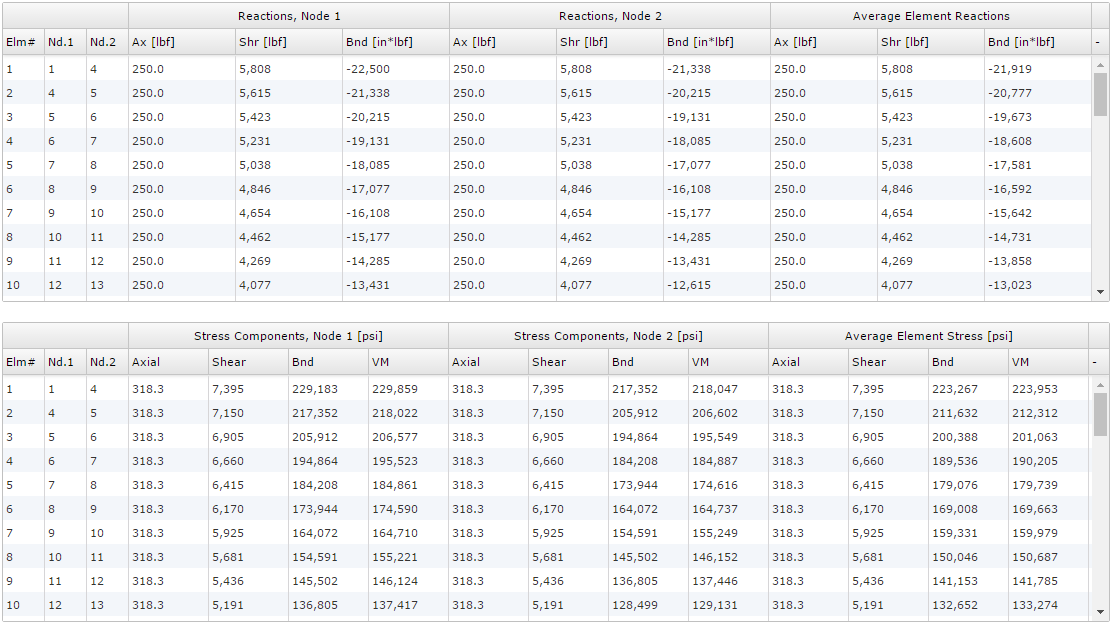