This page outlines the general use of the 2D FEA calculator.

This calculator can be used to perform 2D Finite Element Analysis (FEA). This analysis uses beam elements, and so any structure that can be modeled with 2-dimensional beams can be analyzed with this calculator. Examples of typical applications include:

Validation: This calculator has been validated against the known solutions to numerous example problems. Documentation of the validation can be found here.

Performing an analysis in this calculator involves several simple steps. Each step corresponds to a tab on the 2D FEA page:

These steps are discussed below.

Modeling consists of specifying the geometry and materials in the structure. The structure is modeled using 'points' and 'spans'. Every span connects two points and has a material and a cross section associated with it.

An example model is shown below that represents a simple frame structure. This model consists of 5 points connected by 5 spans. The points are shown in the figure as dots, and the spans are shown as lines. When the model is meshed, the spans will be divided into elements. 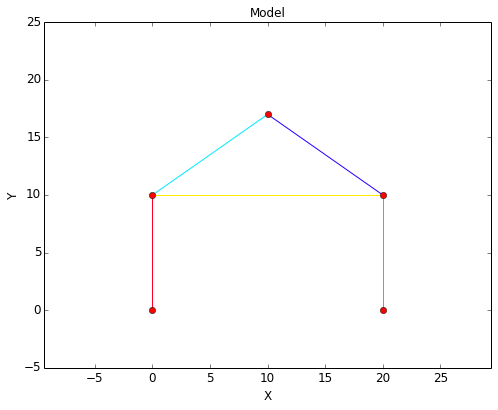 Every span connects 2 points and has a cross section and a material associated with it. In this case, a 1 inch circular cross section was specified along with Aluminum 6061-T6 material for each span in the model.

The inputs required to build this model are shown below. All of the points in the model are first specified, then the spans are specified by selecting 2 points as well as a material and a cross section for the span. 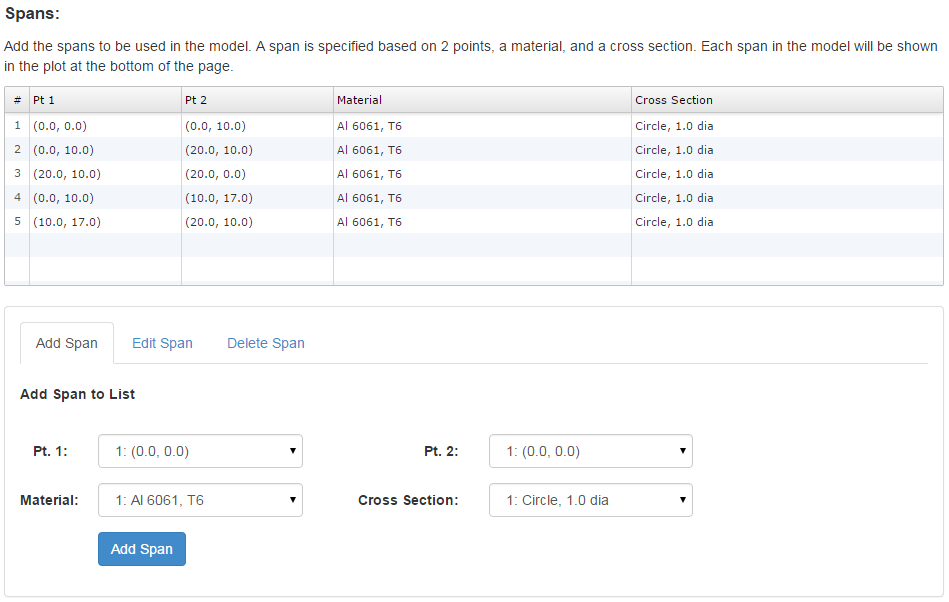 Once the geometry and materials are specified, the next step is to apply forces and constraints.

Common boundary conditions can be applied by specifying different combinations of constraints, as seen in the table below. The text that would be displayed on the model plot for each of these constraints is also given in the table for reference.

Forces and Constraints on Current Model 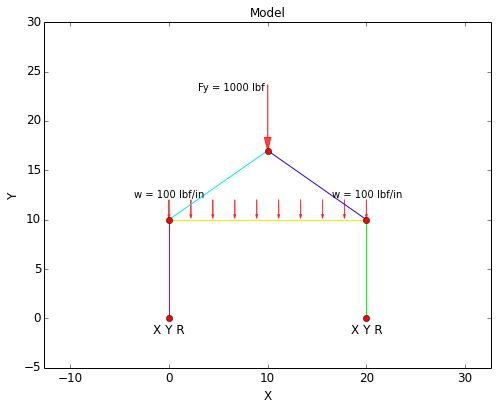 The inputs required to specify the forces and constraints on this model are shown below:

Once the model is built and the forces and constraints are applied, the model can be meshed and solved. The mesh for the current example is shown below. In the mesh plot, the element numbers are labeled. 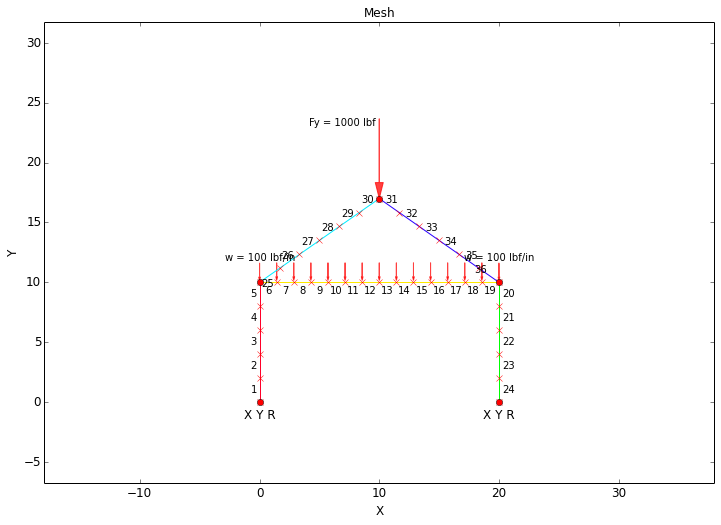 All that is required to mesh the model is to specify the number of elements in the mesh: 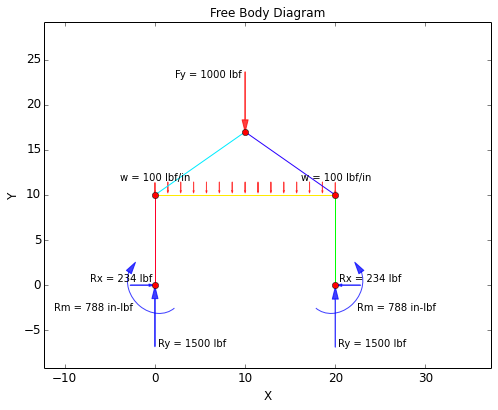 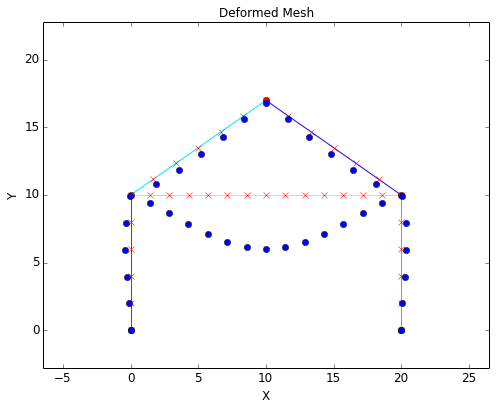 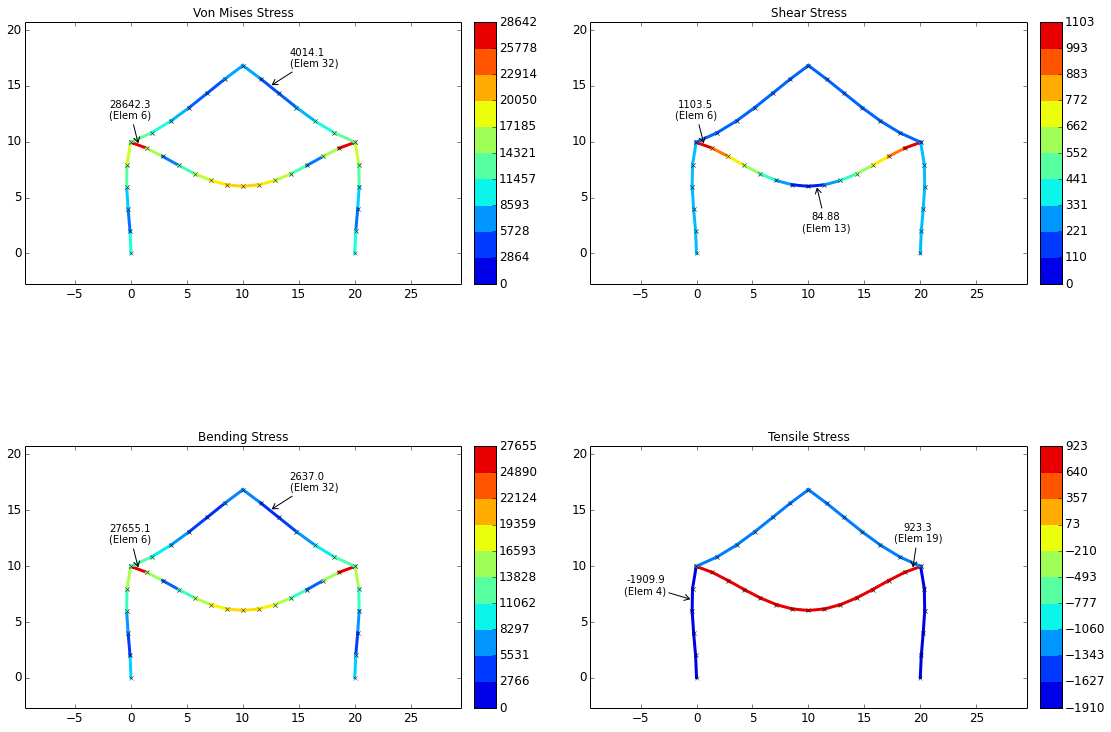 The stresses are calculated based on the equations below:

The displacement plots for the current example are shown below. The sign convention for displacements is: 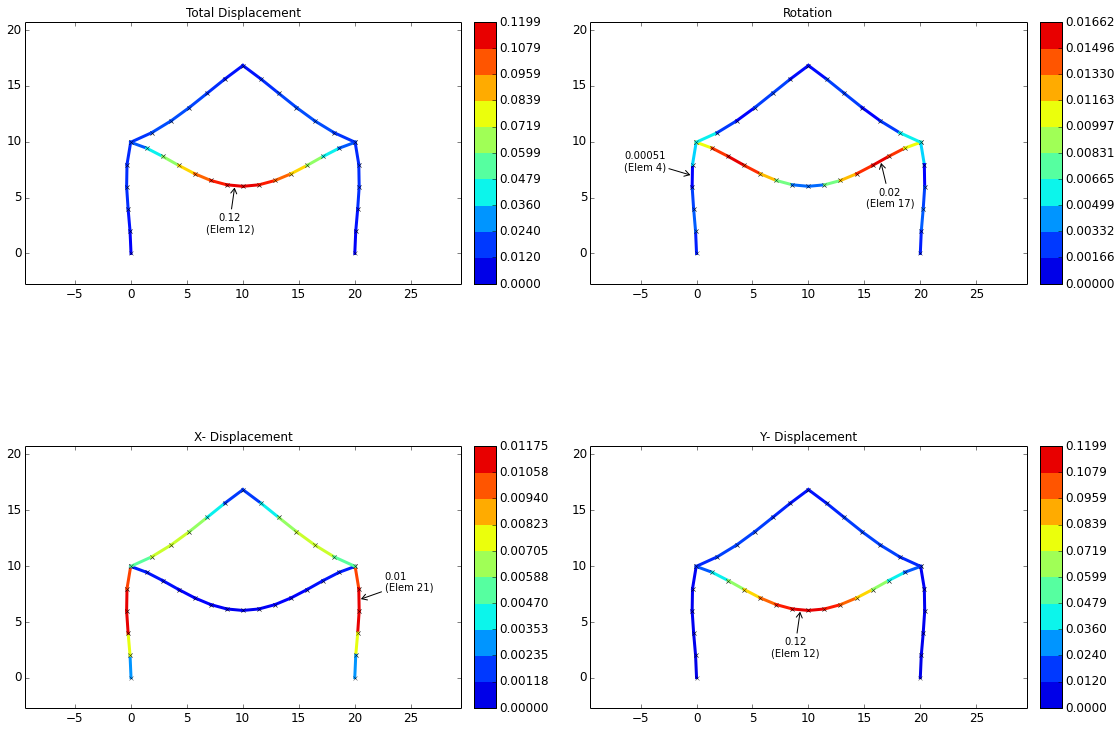 Result tables are given for nodal results and for elemental results. 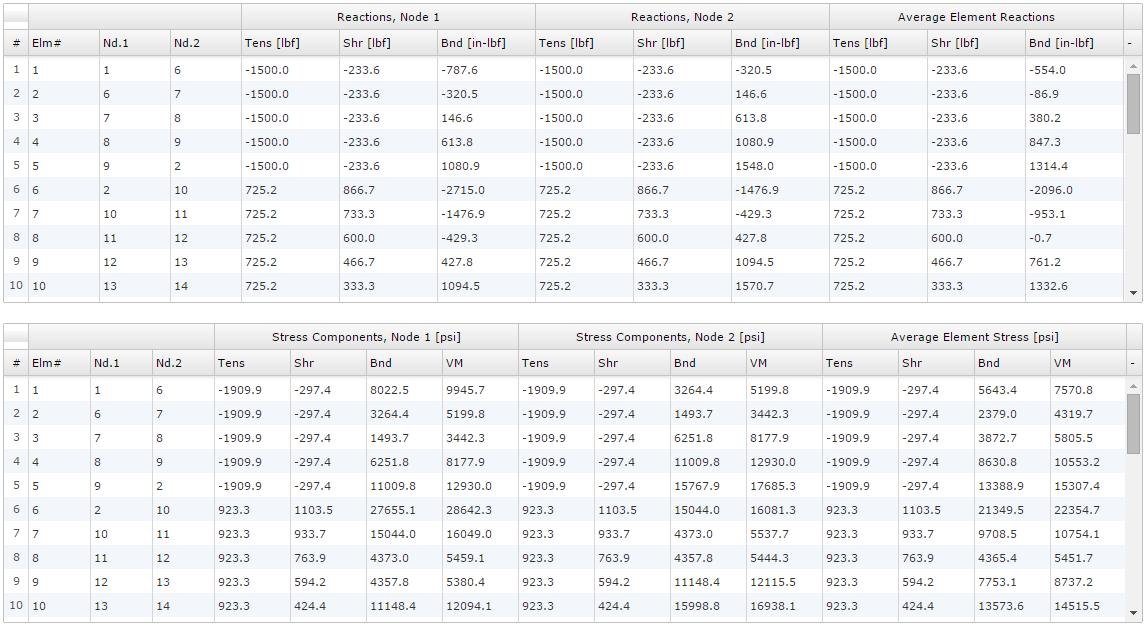