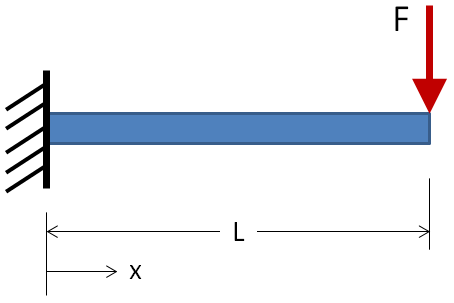 For the validation case, an Aluminum 6061-T6 beam with a 1 inch diameter circular cross-section and a length of 10 inches will be loaded at 1000 lbf. The inputs are:


The Free Body Diagram (FBD) is shown below. From the FBD it can be seen that the forces balance and the beam is in static equilibrium. 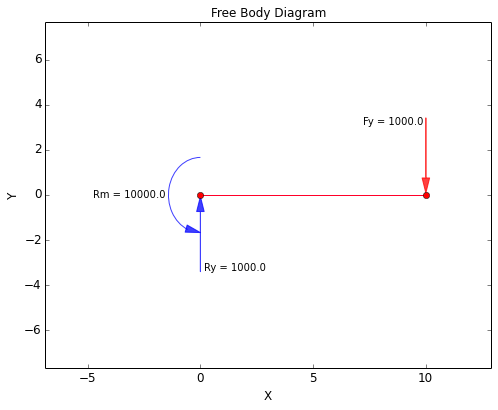 The displacement plots are shown below. From these plots it can be seen that a maximum displacement of 0.679 inches occurs at the free end of the beam as well as a maximum slope of 0.1019 radians. 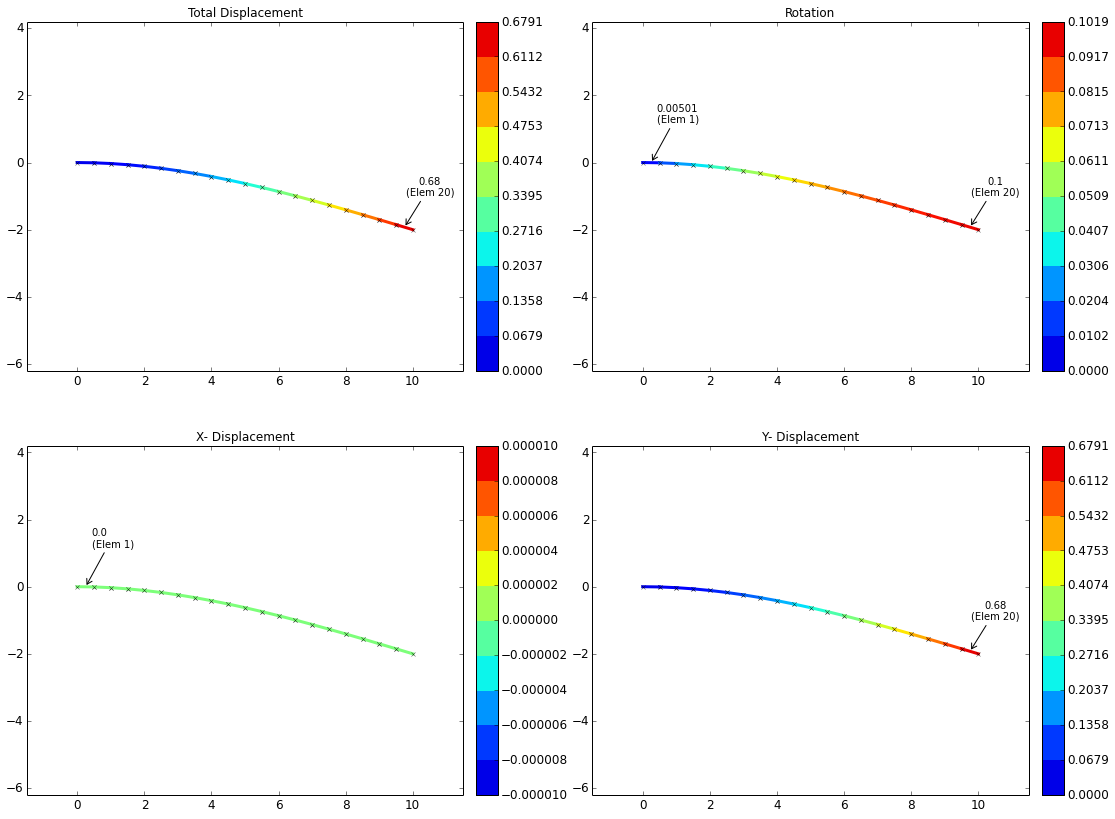 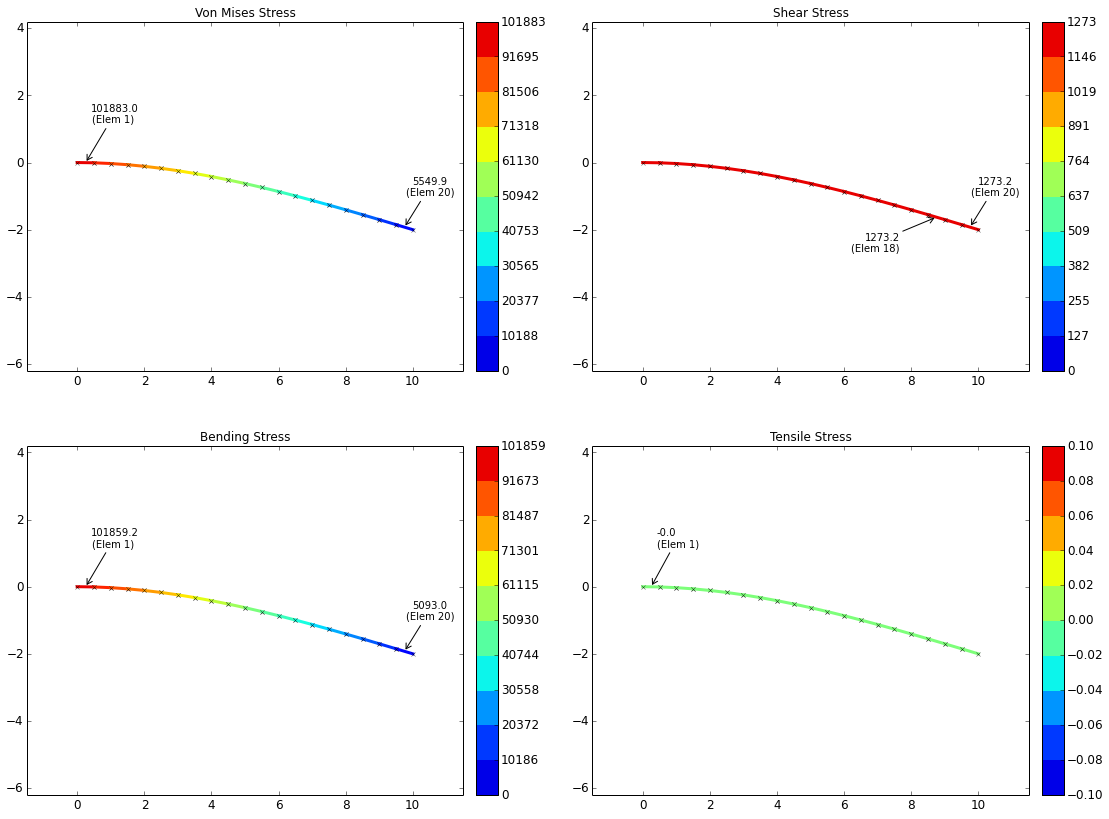